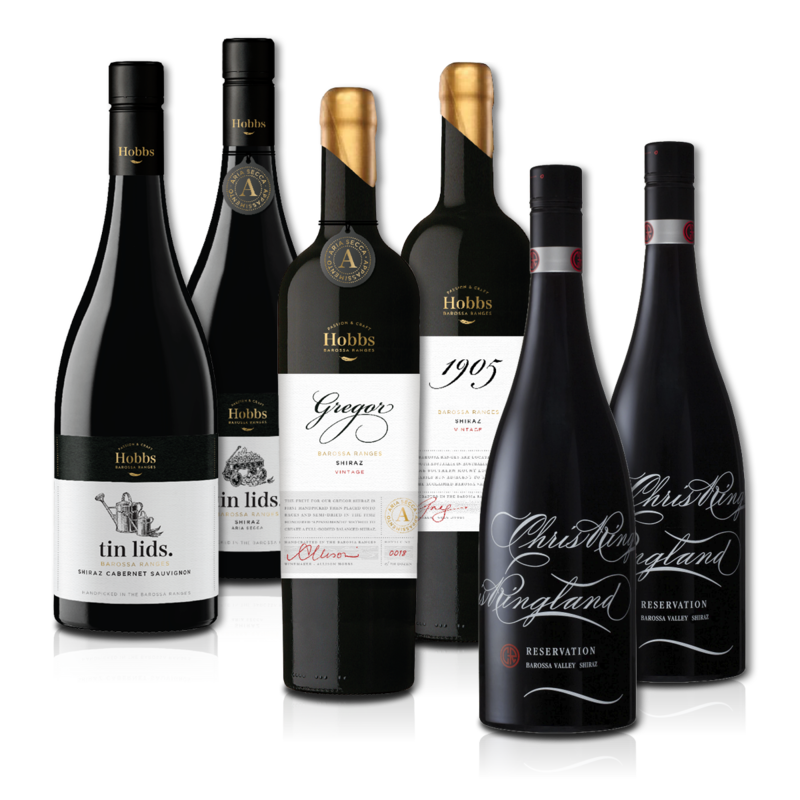 The Hobb's vineyard is situated at the top of the Barossa Ranges, overlooking Flaxman’s Valley. With vines over a century old, the grapes grown on this course yellow soil get richer and more distinctively Barossa-flavoured as the decades roll by. The Hobbs story began in 1998 when winemakers Greg & Allison Hobbs had their neighbour (and outstanding winemaker!!) Chris Ringland make their first few vintages.

Since then, Chris has guided their path in the winemaking game, joining them as consultant & friend on their journey to creating some of the Barossa’s best boutique wines. Greg Hobbs is now one of the few Australian winemakers to attempt an Amarone style shiraz (where the fruit is semi-dried until it is similar to raisins) to produce a richer, deeper and more complex wine.

Our ‘Festive Neighbours’ pack includes a selection of Hobb's and Ringland’s premium red wines, and is an amazing introduction into wine in this price bracket for only $399 per half-dozen case. With some of the wines valued at $150/bottle, this deal should not be missed! Limited stock is available, so hurry to get hold of one of these fantastic packs to enjoy with your celebration meals over the coming festive season!